Lilian Parr was an English professional women’s footballer who played for Kerr’s Ladies as a winger. She was born in St Helens, Lancashire and was one of seven children, including several brothers she’d play both football and rugby with. She was in an open relationship with another woman, her partner Mary.

As a young girl, Parr didn’t display any interest in pursuits such as cookery or sewing, rather she had a knack for competing with boys in association football. She got into football during World War One, when men were leaving Britain to go to war, leaving factories hiring women.

Lily got a job at a factory and would often find herself kicking a football around on lunch breaks with other workers, when supervisors saw how this could potentially increase productivity they kicked it up a notch and formed teams. After a few games, she eventually caught the eye of an opposition manager and was offered increased pay to play for Kerr Ladies.

In her first season, she bagged 43 goals, all before the age of 16. A local newspaper even went as far as saying there was “probably no greater football prodigy in the whole country”. Her pull even amassed more than 53,000 people spectating a match she was playing in and a further 12,000 people unable to enter the already full max capacity stadium.

However, at the age of 16, her dreams of a professional career were tarnished as the FA declared football “unsuitable for females”. She spent the rest of her career working as a nurse and continued playing for Preston Ladies, eventually becoming captain in 1946.

To highlight how significant Lily’s career was in football she was made the only woman to be made an inaugural inductee in the English football hall of fame and National football museum in 2002.

Since her death, her influence as an LGBT+ icon has grown. An exhibition trophy was developed following her death and was played between LGBT+ teams around the world from 2007 to 2009. It’s fair to say her legacy definitely lives on, both as a pioneer of women’s football and the LGBT community. 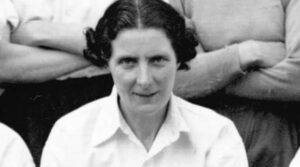 WhatsApp us
Leave this Page Quickly
This site uses cookies: Find out more.
Go to Top