Federico Garcia Lorca was a Spanish poet and writer whose work was known to be part of a movement of avant-garde forms of expression.

Gay and reportedly in love with Salvador Dali, Garcia Lorca included a lot of homoromantic themes in his writings, which led his work to be mostly censored in Spain until the 1970’s.

Influenced by gypsy culture, he published his poetry collection Romancero Gitano, or Gypsy Ballads in 1928 and received a lot of praise and popular attention, and the following year travelled to New York, where he found a connection between Spanish deep songs and the African American spirituals he heard in Harlem, which greatly impacted his later work.

He lived in Spain under Franco’s dictatorship, and both his sexuality and his left-wing political views made him a target for the authoritarian government and their sympathisers.  He was branded a socialist and a participant in “homosexual and abnormal practices”, which, as you can guess, did not play in favour of his life expectancy under a fascist government. He was shot in 1936, and although the exact identity of his killers is still unknown, it is widely assumed he was murdered by members of a Nationalist militia.

Federico Garcia Lorca has since become a national symbol of the fight for gay rights, but for a long time, his sexuality was kept secret. In Lorca y el Mundo Gay (Lorca and the Gay World), his biographer, Irish historian Ian Gibson writes “Spain couldn’t accept that the greatest Spanish poet of all time was homosexual. Homophobia existed on both sides in the Civil War and afterwards; it was a national problem. Now Spain permits same-sex marriage. That taboo must be broken.” 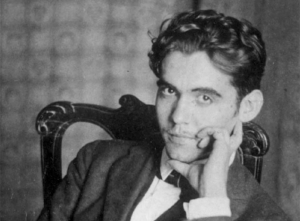