The first inspirational author of this LGBT History Month is James Baldwin, American novelist, poet, playwright and notable figure of the civil rights movement. Baldwin grew up in Harlem  and was openly gay. His work is imbued with intersectionality: he wrote numerous pieces on the beauty and complexity of identity, describing the influence of race, sexuality and class.

“No matter how it seems now, I must confess: I loved him. I do not think that I will ever love anyone like that again. And this might be a great relief if I did not also know that, when the knife has fallen, Giovanni, if he feels anything will feel relief.”
― James Baldwin, Giovanni’s Room

Some of his works include

In 1956, James Baldwin published his famous novel Giovanni’s room, which is widely regarded as one of the most important queer novels of all times. This book however drew criticism from the public due to its portrayal of homosexuality and bisexuality. But this only pushed Baldwin to speak and write even more shamelessly about homosexuality and homophobia in various essays.

The discrimination he faced in the US both for being back and gay drew him to emigrate to France where he spent most of his later life. 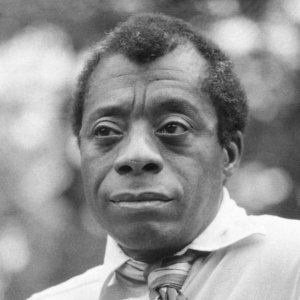